Years ago, long before I had children or was even married, a friend with children said, “The thing about having kids is that after a while you forget what it was like before you had them.” The idea was shocking. Busy enough with my own life, I couldn’t envisage a future self whose comings and goings were circumscribed, apparently happily, by the wants and needs of people half my size. But that’s what happened. As I grew into the role of parent, I sometimes felt as if I were taking apart a ship and using the planks to build a ship for someone else. I was building a ship across time, out of my time. 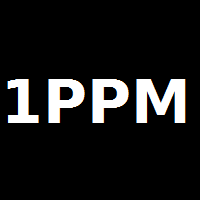 I found a group of folks online who committed to launching 1 project per month (1PPM) and it resonated with me in a big way. This is what I did for my first one.

Getting the Non-Essentials Done

After years of reading about productivity (a generally unproductive thing to do), trying out different techniques and apps, and journaling, I have finally constructed a system that helps me complete concrete tasks consistently and efficiently.