Working for a few large, collective blogs that are populated by free-thinking, busy, and talented people, I’ve been exposed to a lot of “this is my last blog post as the ____ of ____ and I’m so sad to leave.” These posts always seemed so positive and inspirational, like a bright, new chapter has opened up before this person. I was always smiling as I read those posts. I’m also smiling as I write my own. 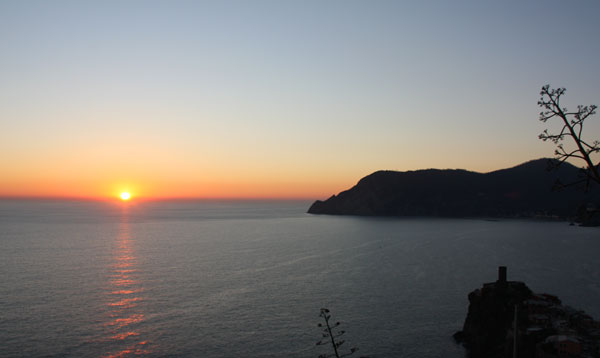 I should mention, this post is a bit self-indulgent but I can get over that if you can. The TL; DR (too long; didn’t read) for those who can’t is: I’m cutting back my hours with Social Media Today (SMT) slowly to take the first steps towards going fully into business for myself.

I’ve been with SMT for almost two years now. I started as a general “web guy” taking care of tech support requests and building out pieces of the site (what pieces we were limited to at the time). It was my first real web job, actually getting paid to do nothing but work on the web. It was also my first full work-from-home gig. Both of these facts have colored who I’ve become and where I’m going with my career/business/life and I’m so grateful for that.

I’ve seen SMT through several sponsors, 3 site launches (and one closure), 2 annual meetings, and one major platform change to Drupal (which I still can’t type correctly in Google [it’s always “Druapl” for some reason] though I do it ten times a day). They’ve seen me through an incredible 3 months in Europe, 2 location moves (if you don’t count everything in between), and a marriage. All said and done, I think we both came out pretty even.

I’ve been thinking about this move since January. Well, I’ve been thinking about it for a while but only very seriously over the last month. It struck me that the team is twice as big as last year, the ideas flying around were twice as good, and the company was moving twice as fast. I realized that I needed to give SMT everything I had… or step down to let someone else do it. I talked to many people about it but the biggest motivator was my dad. He’s been self-employed for decades but also held a few full-time gigs in between. It was his advice (and his project) that really pushed me over the edge and made me realize it was time to make the move.

The conversation with Mark, the CTO at SMT, was as short and positive as it was difficult to initiate. I explained where I was coming from and that I would stay around as long as they needed to find the coverage. Mark was kind and understanding and wrote the following email to everyone (edited for length and content):

I want to let everyone know that Josh is looking to reduce the number of hours that he allocates to work with SMT so that he can devote more time to other projects. This isn’t a big surprise. We have always understood that Josh wanted to continue serving other clients besides SMT, and, as our own development needs have expanded, it seemed likely that we would reach a point where we would need more attention than Josh was prepared to give.

But that doesn’t make this any easier. In the [two] years that Josh has been with us, he has become central to our success. We’ve come to rely on his good judgment, good humor, and expertise in all the many tasks he handles. Speaking personally, I don’t know how I would have gotten through these last years, or how I will get through the next several, without him.

But I guess we’re going to find out. We’re going to move quickly to recruit a new Josh–or some pale imitation thereof … .

This is the first time I’ve ever had the opportunity to move away from something I really enjoy towards something I expect to enjoy even more. This is also the first time that I won’t have a check appear at a specific time for a specific amount anymore. I’m scared sh*tless, to be perfectly honest, but I also know that it’s going to work out for the absolute best.

Harder than just stepping out into the unknown, though, is leaving such a dynamic, intelligent, and talented team of people and leaving behind an enormous web property that has my fingerprints all over it. We built something amazing together, something that started without me and will continue without me (at least without my daily toiling). It has been such a pleasure working with everyone there and I’m so excited to see where SMT goes, however I am involved. On that note, if you’re a talented, Drupal-familiar developer with an attention to detail and good communication skills, there’s a director of development job waiting for you at a great company. Tell Mark that Josh Can Help sent you…

So what’s to come for me now? I’m incredibly excited to start putting more of my time and ability towards some very personal projects which you’ll hear much more about as time goes on. In the meantime, a big thank you to everyone for your patience with my nightmare schedule, your support to make this transition, and your projects that keep me going. I’m looking forward to building a few really incredible things this year as well as writing more, selling more downloads, and taking more time off. Oh, and a facelift on this site. And more involvement on social networks. And maybe an ebook.

As a parting shot, I can’t help but to think about what has become my favorite quote since I heard it almost 10 years ago:

Do not fear going forward slowly; fear only to stand still.

At this point, it’s not the lack of speed that I’m scared of… quite the opposite! 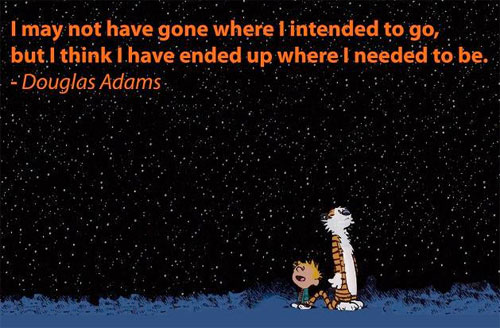