Essential Hardware And Software for Virtual Employees and Contractors

8 months ago, I was able to make the switch to being a completely virtual worker. This is something I did with great excitement, partially because of the position that let me make this shift but also because it’s something I’ve wanted for a long time. I imagined a one “day on, one day off” schedule: I would spend one day completely unkempt, partially disrobed, and eating anything I found in the kitchen and the next I would make sure I had at least pants on and surf from coffee shop to coffee shop sipping espresso and checking my email on a patio. It sounded glorious. 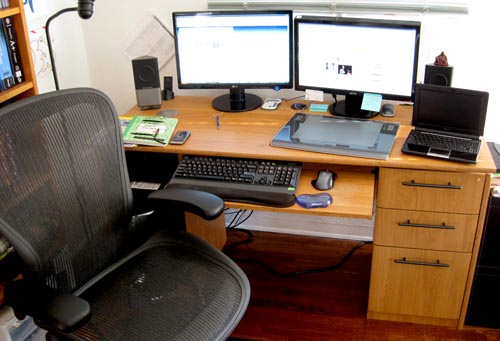 But, like always, reality stepped in fairly quickly and reminded me that the days between showers are unpleasant, coffee shops are expensive, and working from home has some subtle pitfalls that make it much less of a paradise than one might expect. Since my month (or two) of adjustment, I’ve learned what makes me a happy, successful, home-based cog and what can turn me into a grumpy, malnourished, pain in the ass. Some of it is attitude but a good portion comes from the right tools for the job.

Desktop and Web-Based Software I Use and Love

Certain people and companies deign to describe productivity nirvana through a perfect app. I’ve tried many, many of these incredible apps and have found about a 5% retention and success rate. That means 19 of 20 things I think will help don’t help and only get used a few times. A few, however, have stuck around for whatever reason.

InstantBoss: I would call this a critical addition to the tool belt and it’s why I’m listing it first. InstantBoss is a very simple Windows application that allows you to set working and break time spans so you have something to remind you to shift your eyes and get off your butt. I set 15 minutes of work with 2 minute breaks and make sure I stand up and walk away for that time. The best thing to do is to drink some water and do a quick set or two of a good compound exercise (see below). It might not seem like much but it truly makes the difference between a good day and a bad one for me.

Gmail, Gdocs, Wave: Yes, Wave. The Google Apps suite is something I just couldn’t do without. Honestly, it’s mostly Gmail and Gdocs but Wave is really helping me in a number of ways. I’m not going to go into too much detail since I’m probably preaching to the choir but I’ll say this: if you’ve never tried Gmail before, give it a shot. it really takes email to a new level.

Dropbox: To me, this is another one of those no-brainers. Dropbox is 2 gigabytes of data that you can put on any computer. Install it on two computers and they each share a file folder that stays synced. You can also access your files from their website. And that’s all it does. But, man, it does it well. I’ve never had a problem with their software and it’s never slowed my internet connection down. I love Dropbox, period. I even wrote about it already.

iTunes and Pandora: Between iTunes radio and Pandora, I’m always listening to something high-energy and potentially annoying to my non-existent cube-mates. I used to use Pandora exclusively but when they started to limit listening to 40 hours per month, I had to switch back to iTunes every now and then. Just to be clear, I don’t have a problem with their pricing structure, in fact I was considering paying for the premium version. What happened, though, is that I discovered a whole new host of stations on iTunes (Beat Basement being one of them) that blew away what I was hearing on Pandora. As smart as Pandora is, it’s still algorithm controlled and tends to revert back to the same songs. I still use Pandora every now and again, but iTunes really takes the streaming cake for me.

Keepass: KeePass stores and organizes all of your passwords in one place. it’s very secure and open source so there are developers creating plugins and add-ons. I just use the regular install and it makes my life much easier. I have a whole slew of client logins, passwords, and other information that I can’t just keep on a stack of post-it notes. I put everything into KeePass and just need to log in with one password when I need any of them. Joy. Combine it with Dropbox and your passwords can be synced across multiple computers.

FeedDemon**:** This is an interesting little RSS feed organizer that I started using a few months back. The one thing that caught my eye is that it plugs into Google Reader so there is a “cloud backup” of sorts. It also means you don’t have to install it everywhere so you can still use Reader on your laptop or phone and everything will stay copacetic. Feeds are easy to read, it has a built-in browser, and it’s fast and bug free (in my experience). Freeware gold.

Desktop Software I Still Use But Hate

So those are the applications that are a pleasure to use and make my life better. There are, however, a few that I use that I would love to just get rid of. Each one holds a special, dark place in my heart.

TweetDeck: My problem with Tweetdeck is not really the software itself (or the “why did we need this platform” Adobe Air it’s built on) but how easy it can fritter away a day. With enough followers (probably a few hundred will do), you have a constant, urgent steam of signals and noise (mostly the latter) that can distract you almost immediately. I use Twitter and I love Twitter but Tweetdeck makes it too easy.

Skype: Skype is the opposite of Tweetdeck in that it’s an application I hate which does things that I need to do. I really, really don’t like Skype for a number of reasons. Skype is the only IM client that I’ve ever used that I get real-time spam through which, to me, is quite disconcerting. Skype has the most annoying Fisher-Price interface I’ve ever had the displeasure of using (though the sounds are mostly pleasant), an interface that’s changed at least twice since I’ve started using it and has not improved even incrementally. Skype’s telephone function (dialing, sending tones, etc) does what it wants, sends the tones it sees fit, and only lets you use the num pad when it wants you to. If I could use something other than Skype, I’d do it in a second but taking calls through my computer is essential (audio quality is actually pretty damn good) and everyone seems to be on there so, what can I do?

**Adobe Creative Suite 3: **Adobe had been on my bad side since they took 2 weeks to tell me via an (automated sounding) email that they wouldn’t help me with my Illustrator problem because they had already moved on to a new version. I’m one of probably 20% of people using their product that actually PAID for it rather than downloading it but apparently I should have already bought CS4. Their knowledge base moved around causing 404 not found pages from Google and their product decides not to work at really inconvenient occasions. Their products do amazing things, I’ll give them that, but when I heard Steve Jobs call them lazy, I found myself smiling and nodding. You can’t be at the top forever.

Hardware That I Use and Love

So, we covered all the applications that make my life better, how about the physical stuff? 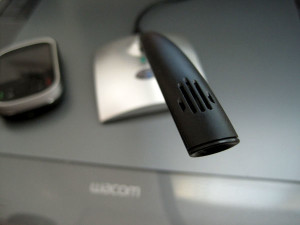 Good mic + speakers: I got a new set of Altec speakers and an inexpensive Logitech microphone (both are Amazon referral links) for Christmas and I’m kicking myself for not upgrading long ago. The music I listen to is fairly bass-heavy and typical all-in-one speakers were not doing the job. As for my VOIP set-up, I was using speakers but had a headset around my neck that I just used the microphone on. Classy. With the desktop mic, people can hear me clearly, I have a big, light-up mute button right in front of my for sneezes and profanity, and voices come through clear as day. All this for under $70.

Weights: Exercise, you need exercise. Well, I sure as hell need exercise and if you’ve made it this far, you probably need it too. I have a set of Powerblocks (another referral link) that I got a while ago and they do the job very well. I stick to mostly compound exercises (several muscle groups at once) and, because these don’t get really heavy, go 8 to 12 reps on what ever I do. Check this site out if you need some help coming up with good dumbbell exercises.

Good chair (see above): Who knew that spending 12 hours a day in a chair would require something more than a creaky, armless IKEA chair? I was using a fairly nice one before, actually, but it was over a decade old and started to lean the bottom pad forward so I always felt like I was going to slip off of it onto the floor. I picked-up an Aeron last year and have been very happy with it. It’s one thing to be supported properly but my main concern was ventilation. I was used to an air-conditioned office and now I found myself in a non-insulated office facing west with very fickle breeze. The mesh back and bottom of this chair was a very nice change of pace (read: temperature) which I highly recommend.

iPod + Nike+ (you know the drill): Uh oh, starting to sound like an advertisement all-of-the-sudden. Still, what can I say? Some companies make great product. For the most part, since learning about their use of child labor long ago, I’ve been a Nike boycotter. Not the type to stop people at the store, just the type to vote with my wallet like everyone should. Recently, I tried to find out whether they had absolved themselves and moved on but wasn’t able to see anything concrete. In the absence of evidence, I remain an abstainer… except in the case of the Nike+. when I was able to run (damn knee), this little thing really motivated me and gave me the data I needed to see how I was progressing. It was, and still is, very addicting to see your distance increase, your pace improve, and your goals get tracked. It also seems to call my name in the middle of the day… like “hey, buddy, there’s a new This American Life podcast and it’s sunny outside. What say we take a break and get some air.” That’s a good friend.

Seasonal web traffic: what to expect and how to improve it

Does your traffic dip during the holiday season? Don't freak out, it's completely normal. Here's what happened to me and what can be done. 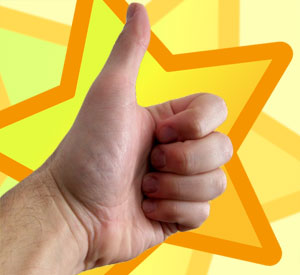 Give someone a social hand and write a review