Last week was tough for me. I’d like to think I’m pretty hardened against rejection but it can still catch me off-guard. I’m in a place where I have the energy, desire, and ability to apply myself, professionally, towards something great but I just don’t know what that thing is and I’ve been looking for a while.

As usual, before I can completely drown in self-pity, the universe comes along and drops a few things right in my lap without me realizing they were connected. I’m aggressively skeptical towards pithy text-on-image quotes, popular Medium articles about passion, and books about finding yourself so inspiration comes in forms that don’t fit the typical mold. The Answer (TM) isn’t found in your email, it’s not on Twitter, and Google doesn’t index it. Trust me, I’ve looked.

This morning, a Tweet rounded out a rapid-fire series of found media that has had an important and potentially lasting effect on my thinking. In order of when I found them:

I was sketching out a thing I’ll never build last night on the couch and my wife was looking for something to watch. She picked a documentary she’s seen before and asked “how about this?” I said, “sure, whatev.” About 5 minutes in, I put my sketch pad down and was mesmerized for the remainder.

The trailer doesn’t capture a fraction of the impact this documentary had on me. The trailer feels like this wild ride but the movie is about introspection and self-confidence and overcoming adversity and inner peace. This girl, and I say girl because she was 14 when she started the trip, spends over 500 days sailing around the world to become the youngest person to ever do so. The record is amazing, and she acknowledges that, but the whole point of the trip was to be alone on a boat with her thoughts. At 14, 15, 16 years old! I had no thoughts of note at that point in my life and might have gone completely insane after a week.

Laura is unflappable, unceasingly optimistic, totally comfortable with herself, and completely self-sufficient. But she’s also tuned into her family, meets friends along the way, and takes someone along with her when, after 27K miles of sailing, she stops to commemorate the event, then hops back on the boat and heads to New Zealand.

The message here is “anything is possible” and when it’s a teenager who, without a second thought, spent over a year alone on a sailboat, it’s really hard to deny. Seeing someone with such a strong self of self and emotional intelligence had a significant impact on me. I highly suggest watching this.

A bit of a clunky description there but this thing is so much more than a wheelchair (which, technically, is what it would be replacing). Think “chair attached to a Segway” and let a few images come to your mind. Sounds neat, right? Now watch this video:

As I watched this, it went from “cool idea” to “revolutionary” after just a few sentences from the founder.

We can all be empathetic, maybe even sympathetic, towards people with mobility disabilities. Hopefully we’ve all opened a door or two for someone on a walker, wheelchair, or other assistive device. Maybe you say to yourself “wow, that must be tough” and make a transient promise to yourself to go out for a run. Maybe you feel pity, then feel like an asshole for doing so.

Now imagine encountering someone on this. They zoom past you drinking a cold brew, deftly spin around, and hold the door open for you. You’re jealous and that’s perfectly fine. The whole paradigm of being mobility-restricted is flipped.

The big inspiration for me, though, was how the founder talked and what he talked about. He outlined some serious benefits to this type of transportation:

I can only hope that I’ll someday come up with a such a world-changing idea that’s also so incredibly cool. Just listen to Kevin’s words and take in how fantastic he and his team must be feeling putting something like this together.

“If you aren’t getting rejected on a daily basis, your goals aren’t ambitious enough” pic.twitter.com/5Ft3zjBbxh

So close to forgettable, pithy, and inapplicable, right? “Fail hard,” “fail daily,” “find failure,” “eat failure for breakfast.” This recent failure trope is repeated over and over with really nothing of value to learn. I’ve failed over and over and over and, when I look back, the vast majority of failures in my life were really dumb choices. Yes, I learned from those choices but I knew they were stupid to begin with, I knew it was a failure waiting to happen. So really, the thing I needed to do was not to fail over and over, but make better choices, something I didn’t learn from a stupid idea that proved itself stupid. Or actually make choices; you can fail out of school for doing nothing, that’s a pretty wasted failure in my mind.

But rejection? Rejection comes from making a choice, following through on that choice, and having a person or organization say “no.” Maybe you don’t get funding from your idea, maybe you don’t get a job you were hoping for, maybe he or she says no to coffee tomorrow. The difference here is that you put yourself out there, it wasn’t enough or wasn’t the right thing at the right time, and you took the hit. This can feel like the absolute worst thing in the world.

Until you have practice.

Get rejected enough times and you start to get used to it, which means two things:

Rejection is why sales, dating, starting a company, and getting a job are all so difficult. If you haven’t had a lot of experience with being rejected or you take it personally, it’s agonizing. It also saps your motivation. Why try if you’re just going to hear “no?”

Rejection can’t be fun and it can’t really be enjoyable because it’s the opposite of what you’re hoping for. But it can be massively educational and just another step on a path that’s longer than you thought it would be. 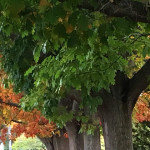 Here are a few things that I think should exist, with my help or without. Make one or make them all, just let me know when they launch.

This site was a partial migration from a custom PHP and MySQL application that was in dire need of an update. Collaborating with a talented designer, I built a site housing almost 400 products and dominates search ranking for high-value, niche terms.