Friends: holding you back or helping you?

I smoked cigarettes for more than ten years starting in my teens. One of the best personal decisions I ever made was to finally quit smoking. I did this just over a year after I moved to a new state and away from friends I’ve known and smoked with and drank with for many years.

By the end of my smoking career, it had taken me about 40 tries to put those damn things down but, one day, for no good reason, I did it. One day I was a smoker and the next I was not. I didn’t feel differently, I didn’t have something happen, I didn’t get hypnotized (I tried that before to no avail), I just stopped. Was it just one of those great miracles of life? Maybe not…

Societal influence is nothing to fuck with

Besides an honest desire to quit smoking, there were two subtle but strong forces at play in my success in quitting smoking:

These are two very different things that had a similar effect on me.

Less smokers around me

I moved from Washington state to San Diego, California the day after my 26th birthday. I left Washington a pack-a-day smoker with no real intentions of quitting. I didn’t want to die from smoking and knew I would quit someday but it wasn’t in the forefront of my mind. The top thought in my mind was leaving some very important people behind and essentially abandoning a very secure job.

Almost everyone I knew in Washington smoked. You could smoke in bars and I spent a good portion of my time in a few of them. My favorite things to do at the time always involved a cigarette: smoking and reading with a cup of coffee on a patio (regardless of the weather); pitcher after pitcher of cheap. domestic beer with friends chain smoking at the local hotel bar; long drives to somewhere or nowhere, cigarette after cigarette keeping me relaxed and awake. If it was recreational, it usually involved drinking and always involved smoking. Nothing felt weird about this at the time.

A big change for me when I moved down was the inability to smoke in bars. California passed a law many years before I moved here that banned smoking indoors in public establishments. I was initially disappointed (this disappointment, however, was greatly outweighed by my joy stemming from the ability to buy liquor in grocery stores, convenience stores, and my “happy place,” BevMo) at losing some of my favorite past times but this passed quickly. There were many benefits to not having the option of sitting in one place and smoking for hours and, hell, it was California so going outside was never a problem.

After about 6 months in the state, I generally felt like an outcast because of my habit. Very few of my new friends smoked and when I went outside or was smoking on a patio somewhere, I was one of maybe two people smoking. There are less smokers in California but not by much. Still, it was hard to shake the feeling that smoking was extra bad in California.

Back home, it seemed like everyone I knew smoked cigarettes. In fact, a non-smoker in the group was the odd person out and pretty much had to deal with a constant carcinogenic cloud. There wasn’t any peer pressure to smoke, per se, and no one was picked on if they tried to quit but always being able to reach over and have one makes quitting virtually impossible. When you’re quitting, going to the store and buying a pack feels like failing. Bumming one off of a friend just feels like “taking a break” from the quitting process.

A crowd of people smoking creates not only an ease-of-access issue but a shift in reality issue as well. Like I mentioned before, moving to California made me feel like and outsider when I smoked. Back home, when you went out for a cigarette, you went with 5 people. Even if you’re the only 6 people in the bar who smoke, you’re still a team and it still feels normal. You can convince yourself that it’s not THAT bad if all these other people are doing it too.

Moving away from this group made smoking much less of a social activity which took a lot of its magic away. You’re not escaping the chaos for a few minutes with friends, you’re leaving the fun behind while you medicate yourself. Though I still enjoyed smoking, it started to feel like what it was: a destructive, needless, ridiculous habit. I hid it from people, specifically co-workers, and tried to smoke where I wouldn’t be seen. I was embarrassed by this habit and that was going to help me quit it.

So, I quit smoking…

…and that was that. It took me several tries but one of them stuck and in October 2006, I stopped. Since then, I’ve had about 6 cigarettes and despite how good they sounded at the time, they all made my lungs hurt and did nothing to convince me to pick the habit back up.

Your friends make it harder on you

I used to be a fan of Tom Leykis back when only half of his show was misogynistic crap. He has a pragmatically selfish world view that has always jived well with a part of me. One afternoon, I was cleaning my apartment and he did a show about how your friends and family hold you back, somewhat intentionally. It was just him riffing for almost an hour (maybe more) with very few commercial breaks. Here’s an overview:

A bit harsh, no? I certainly don’t feel this about my support system but I’ve seen some truth in this

This isn’t to say that the people around you are bad people (though I’m sure you’ve got one or two you could excise to your benefit… I’m just saying) it’s just that they aren’t going to help you reach your goals unless they’ve got similar ones they are striving for.

What’s a social human being to do?

I certainly wouldn’t want point out a glaring problem without giving you a little help to deal with it. I’ve dealt with a lot of this over the years to varying degrees of success. I’ve also played a part in others’ wagon-falling (with a very guilty conscience afterwards). Here’s what I recommend:

Good luck out there! 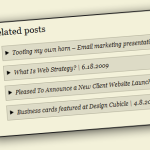 I finally made the time to finish my site’s re-design and re-build. Part of me thought this would be a minor remodel with a new WordPress theme but, in the end, I re-did all of my page content and changed my whole organization. 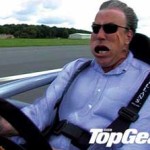 I was approached recently by the owner of a popular blog using WordPress. He wanted to know if there was anything he could do to speed up his site. As usual, Josh Can (and did) Help.