How I explained WTF Twitter is to my Dad

My dad and I have been working on a plan for a website to promote his business valuation report for a few months now. We’ve decided on a structure and plan and we’re ready to move forward.

During this conversation, the topic of how to market and promote the site came up. Dad has already joined LinkedIn and, with a little help, gotten his profile up and running. The site that inevitably came up after that was Twitter. I can’t say I was surprised; I saw a few articles in his pile of “things to discuss” so I knew the question was coming: “WTF is Twitter?”

In the end, Twitter is different things for different people but the information below definitely got a sincere “A-HA” out of dad.

When I first started this whole gig, someone told me “you have to get out there and network.” I’m a very social person but the idea of hob-gobbling with a bunch of people I didn’t know for business purposes made me queasy. Why would I talk to a stranger about a business relationship if I didn’t already know we were a good match? This is the same reason I never did well in the bar scene…

But I digress… Twitter turns this whole networking thing on its head. Making a connection with someone (by following them to see their updates or mentioning them using their name [@joshcanhelp]) is easy and non-committal. Knowing that you want to connect with them is also very easy (read their bio and check out their link). The barrier to connection is very, very low.

That doesn’t mean you can’t go a step further. You can have a short conversation with someone you’ve never met before (or may never have an opportunity to meet). This is powerful and the basis of a few off-line business relationships I’ve made. When making a connection is easy and taking the next step is just as easy, you have a powerful tool to meet relevant people and exchange ideas very efficiently.

Staying on top of your industry is time-consuming to say the least. If you’re in an industry you enjoy, it’s fun too but that doesn’t mean it’s any easier (might even be harder in that case). If only there was a way to gauge content relevancy on the web…

Here’s another way I use Twitter. The people I follow are mostly people in the SEO, web design, development, business, and communication communities. Since every third tweet I see is an article, I’m getting exposed to a LOT of different articles, new pieces, blog posts, and other pages. If I see it with an “RT” in front (retweet… means that someone is reposting someone else’s tweet), that means that it’s been posted at least twice and might be worth a look.

I’ll admit that having a stream of mostly relevant, potentially engaging content is quite a time sink. Still, once you get into the swing of things, you really learn how to scan quickly, gauge your interest, and move along if it doesn’t fit. If I’m in Twitter, I read maybe 10 articles a day (maximum) compared to 50 that I click on.

In the end, nothing you use is a great tool unless you get some kind of enjoyment out of it. Gmail, Remember the Milk, and Dropbox are all things that make my life better and are so simple to use that it’s hard not to use them.

Same goes for Twitter. It’s easy to pick up the lingo, simple to understand the interface, and hard to stay away from for longer than a day. I’ve met many, many interesting people, found paid work, and read some very useful things. The people that I’ve found and follow on Twitter spread positivity, give me feedback when I need it, and really enrich my online life. I haven’t found a BFF on there or anything but I’ve made connections that moved past just replying and retweeting.

This makes it easy for Twitter to be a pretty effective “waste” of time like anything else. I don’t spend more than 15 -30 sporadic minutes on the site in a day and if I find myself going longer I always get the feeling that my “time ROI” is going down (there are only so many interesting people you can find in a day). 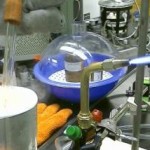 What Is Web Strategy?

I've realized in the last year that my passion is centered around the web and how people connect to one another, use simple online tools to solve their problems, and create a name for themselves or their business in a way that was never possible before.

On Monday, I posted 3 questions to ask before sending your email campaign. Today, I’m going to finish up this thought with three more questions.