Today [written 8/18] marks the first day we’ve seen the sun since we arrived last Thursday. I mistakenly was expecting August in London and Paris to be like, well, summer. How wrong I was. In place of the anticipated heat and humidity, we were welcomed at Heathrow by weather no different than that of a chilly Seattle October.

Determined to make the most of our time in London, we dug the sweaters and raincoats from the bottoms of our suitcases and bravely ventured into the cold and rain. After a quick stop at our local pub for a pint and some pie and chips, we hopped the Piccadilly line to Hyde Park Corner. Pubs in London, by the way, are about as common a sight as coffee shops in Seattle. You will, however, be met with a quizzical look from your barkeep should you try to order anything other than a bitter, lager or ale, as apparently all British beers fall into only these three categories. Josh tried to order a hefeweizen and was asked, “Is that a bitter or a lager?” So we did as the locals and drank room temperature pints on mid-afternoon sight-seeing breaks. 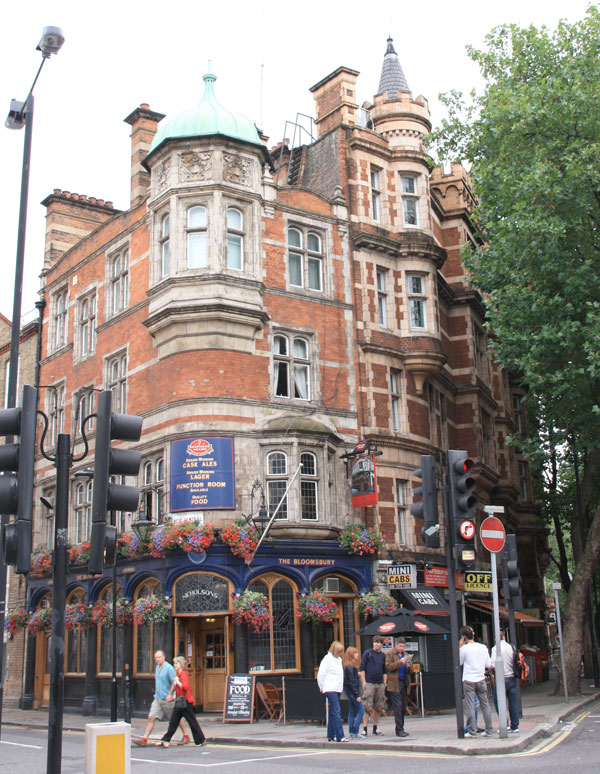 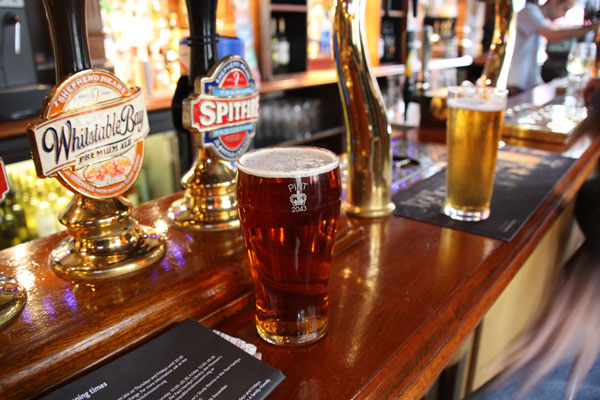 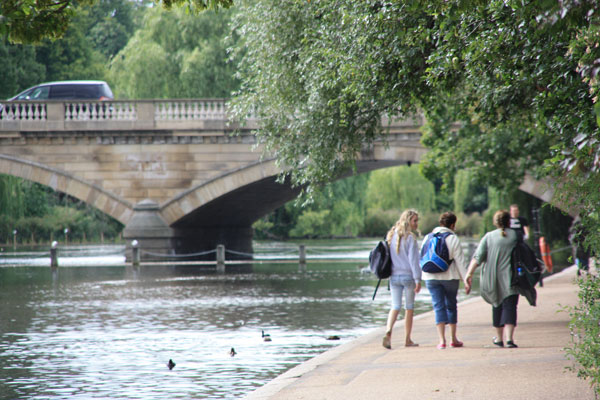 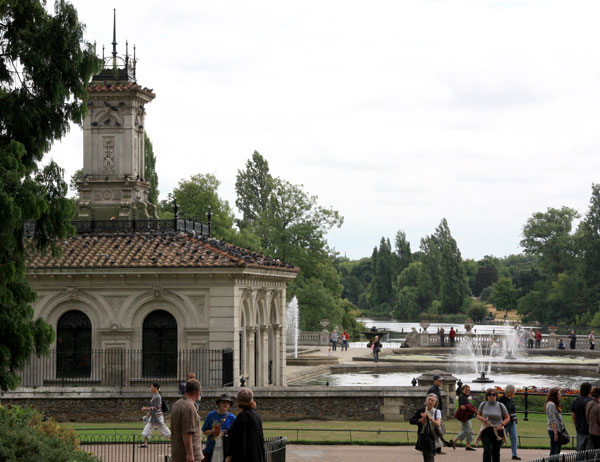 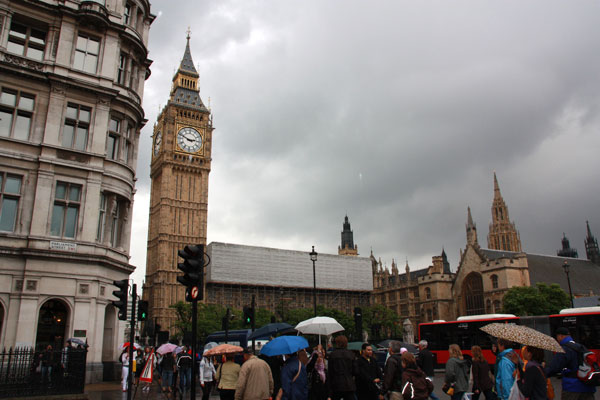 Despite leaving an hour before we had to be at St. Pancras station to catch the 14:04 Eurostar to Paris, we miss our train. We somehow forgot that we have a 10-minute walk to the tube station from our hotel, then proceed to take another 10 minutes to buy snacks for a little picnic on the train, not realizing that we have a half-hour tube ride ahead of us. To top it all off, everybody and their mom is on their way to St. Pancras that afternoon and half of the other tube lines are shut down for maintenance. We’re packed into the tube car like sardines, Josh and I with our 3-months-worth of luggage (I tried so hard to pack light), and he looks at his watch for the first time since leaving the hotel. It’s 13:35. We can totally make it. All we have to do is get there right before the train leaves, hop on, and we’re good. Easy, right? Wrong. Little did I know that there is about half a mile of tunnels and stairs (oh, the stairs!) between St. Pancras tube stop and St. Pancras station. The second the tube stops, Josh and I are off, running as fast as our legs can carry us, pushing our way through the crowd, trying to make it to platform 8 before 14:04. But where is platform 8? Surely right next to platform 7, I so misguidedly assume. We dash up the escalator, dragging out 100 pounds of luggage, chastising ourselves for not leaving half of this junk at home. It’s 14:04 on the dot. My heart is racing as I look wildly around for our train, but it’s nowhere to be found. Then in the distance, we hear what can only be our train leaving the station. Defeated, I start to cry, thinking we’re going to have to shell out another $250 for tickets to Paris because we went the wrong direction in search of the elusive platform 8. We slowly make our way back downstairs to the Eurostar ticket office, and I hang my head in shame as I tell the woman behind the counter that we missed our train. She begrudgingly prints us a new reservation for the next train out and tells me twice that we must check in 30 minutes before departure. The reason being, we come to find out, there are 3 more steps before actually getting to the train. First you have to check in at the ticket window, then have all your bags x-rayed, and then you have to go through customs**. Even if we had found platform 8 right as we got to St. Pancras, we had no chance of making that train. It all worked out, though, with a lesson learned: tack another 30 minutes onto your most liberal estimate of how long you think it will take to get anywhere you need to be. 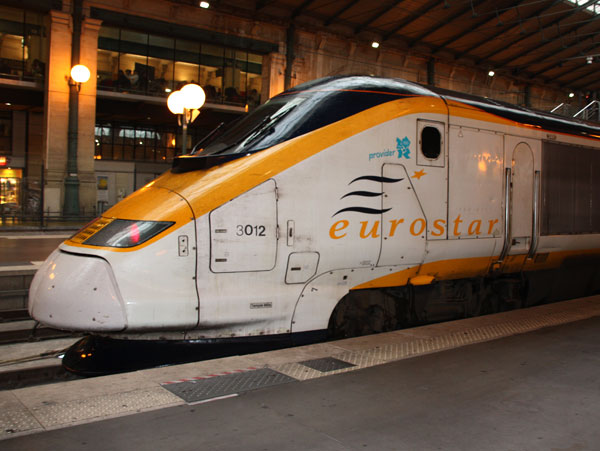 **We spent about 40 minutes at customs at Heathrow airport trying to convince the agent that we weren’t going to try to stay in Europe indefinitely. We had thought it would be a clever idea to wait to buy one-way tickets home so we could leave whenever we want to (within our intended 3 months, of course). In hindsight, however, it is now quite evident how suspicious this could appear to a foreign customs agent. He let us through, only because we had Eurostar tickets to Paris, with the admonition that we buy return tickets back to the US before we encounter the French customs agents at the train station on Sunday. They are much more stringent about whom they allow into their country, says he, and we will almost certainly be turned away unless we can prove we have plans to leave eventually. So, Saturday night, we reluctantly chose a date to fly home, bought our tickets and printed the proof for our impending visit with French customs. And on Sunday, before we boarded the Eurostar, we approached the customs agent window, passports in hand and ready for a lengthy chat. The agent no more than glanced at our photos, and without a word gave each of our passports a quick European Union stamp and sent us on our way. We both looked at each other like, “That was it?” Better safe than sorry, I guess.

Added by Josh: We’re safe and sound in Paris getting settled and trying terribly hard not to look like tourists. We’ll catch you up on the situation here this weekend complete with pictures of our place! As a teaser, here is the view: 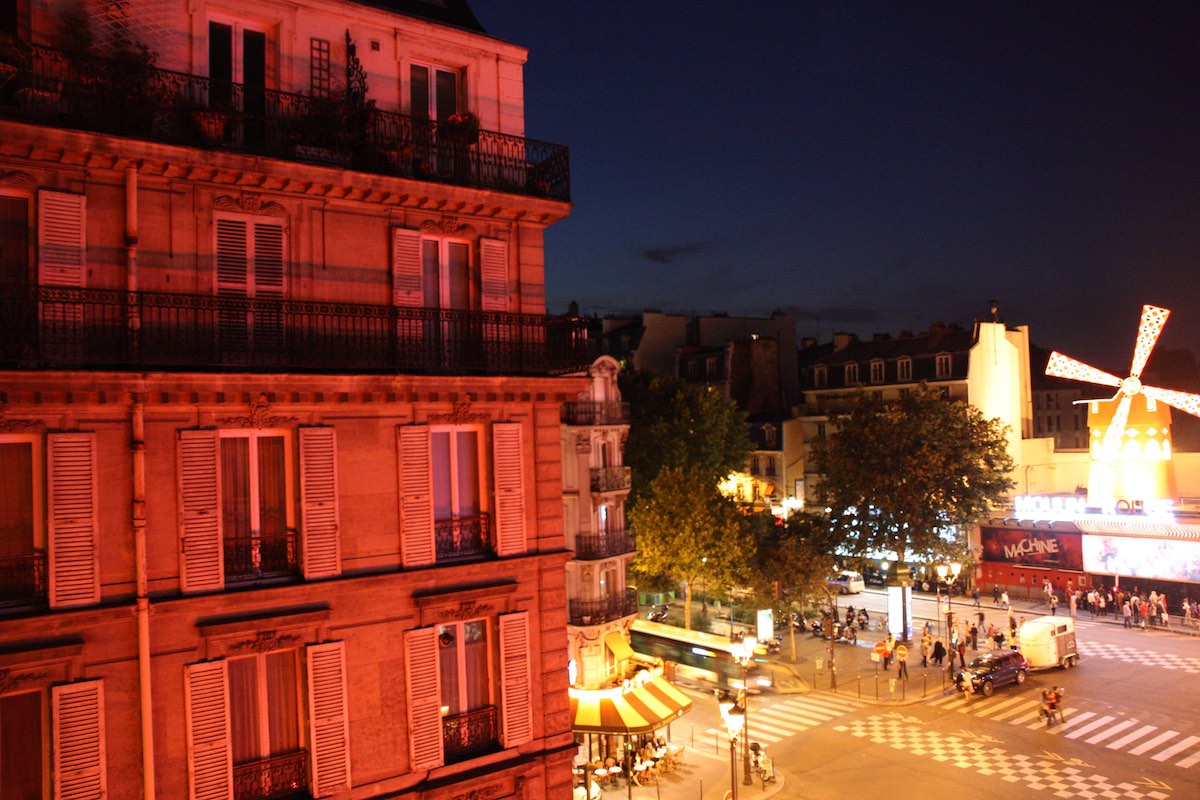 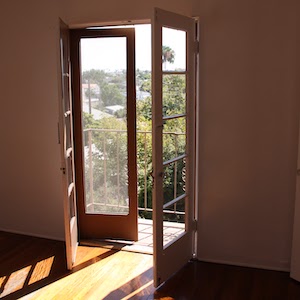