A gin & tonic has an iconic ring to it. Just say it out loud: 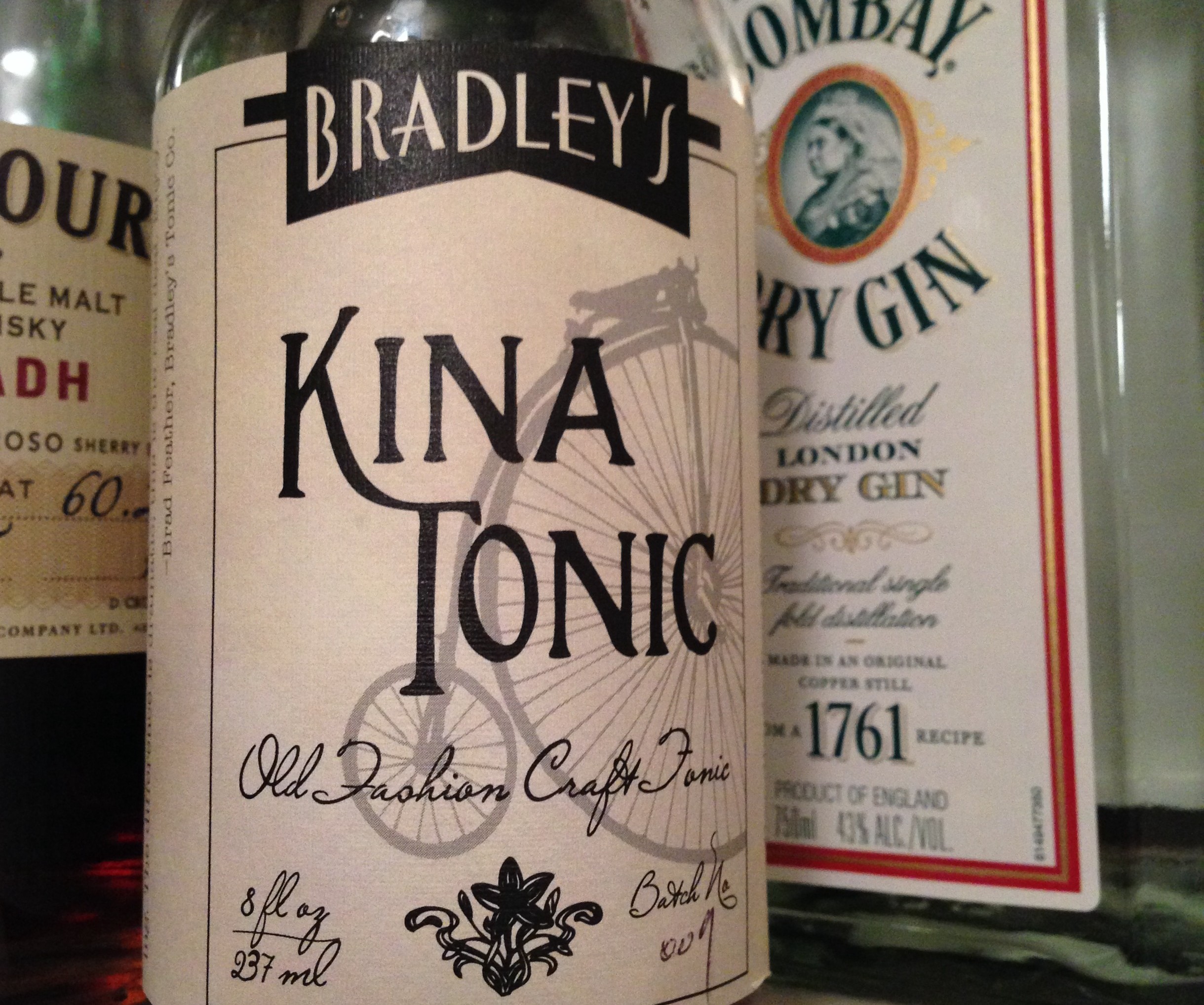 “Bitter” is not a flavor for everyone. Negronis, Campari sodas, and everything else with this flavor component don’t often float to the top of my “favorite mainstream cocktail” list. This shouldn’t be surprising: bitter is often a flavor meant to convey “toxic” in nature. Want your cat to stop eating a house plant? Spray a little bitter apple on the leaves.

But in a sea of sweet, salty, and sour, bitter can be a wonderful reprieve. The kind of bitter you’re looking for is dull, it doesn’t hit your tongue and cause your face to scrunch up (remember Bitter Beer Face?). It’s rounder, flatter, and should be accompanied with other flavors that create more of a symphony of components. Bitter alone is not typically enjoyable but when surrounded by a little sweet, maybe a little herbal, it creates a very different sensation.

As an example, think about an IPA or imperial IPA. There are some out there that just ruin your mouth with thick, unapproachable hop bitterness. But a well-made one hits you with the late-stage hoppiness first and leaves the bitter around to remind you that you’re drinking something potent. A perfect example is Dogfish Head’s 90 Minute IPA. If you’re not into making beer, a 90 minute boil with early-stage hops is a long one. Hops add more and more bitter character the longer they’re boiled so you typically add some in the beginning, some in the middle, and some at the end. Get it wrong, and it’s it’s awful; get it right and the beer sings with complexity. 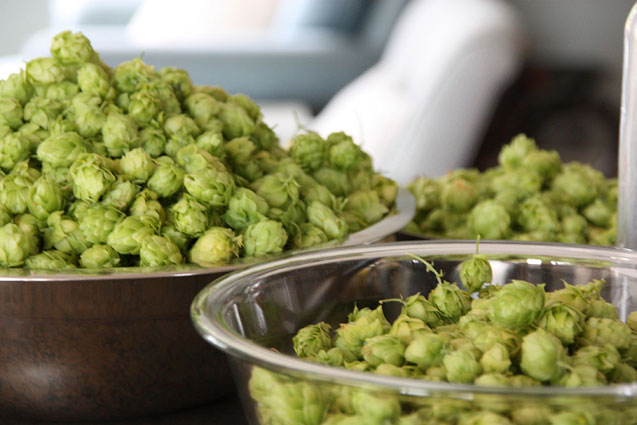 All that to say: bitter can work in some cases for some people.

Let’s come back to the classic G&T. Order one of this at your local watering hole and the results are pretty predictable:

At this point, between the overpowering sweetness and mediocre spirit, you might as well be drinking a Jack and Coke. Any herbal subtleties of the gin are gone and you’re left with something that’s just gross.

The first G&T I ever had was made along these lines but with a few subtle differences:

I experimented more and more with this cocktail until I realized why I liked it but it wasn’t perfect: I liked the gin but I didn’t like the tonic water. This let me to the gimlet, another classic gin cocktail that suited me better. The perfect gimlet was just great gin, about 3 squeezed slices of lime, and a splash of something sweet (Rose’s is OK here if very little is used, classic simple syrup is fine as well). I abandoned the G&T and adopted the gimlet as “Josh’s Cocktail of Choice.”

But the problem with the gimlet is the same as any other spirit-forward cocktail served in a low-volume glass that gets easier and easier to spill as the evening wears on: they disappear fast. Whether it’s water, seltzer, coffee, beer, or a cocktail, I drink very quickly. Give me a Manhattan and it’s gone in about 10 minutes. Repeat that 3 times and I’m getting an Uber home, bound for a headache the next morning. The gimlet was delicious and refreshing and just not enough liquid to keep my fidgety hands busy. It was time to try the G&T again.

What brought me back to the original cocktail that got me into gin was simple: better tonic. I tried Q Tonic and was blown away by the different. Use great gin (Tanqueray, Sapphire, Aviation), quality limes, and Q Tonic and you have an altogether better (though, now, much more expensive) drink.

But could it be even more? Could it transcend the standard? Enter Kina Tonic.

I found Kina Tonic in Imbibe magazine and it immediately sounded like something I’d like. From their site:

Made directly from real imported Cinchona Bark and a secret blend of spices, Bradley’s Kina Tonic is some of the best damn tonic in the world. Brewed in small batches in Seattle, Washington and made completely by hand, you’ll never have anything quite like this.

Bold claim, right? I had to try it. I found an overpriced bottle from a specialty retailer here in Seattle and went to work crafting the cocktail to their specs:

The tonic was not the pre-mixed and carbonated tonic I was used to, it was a concentrate so it poured like heavy simple syrup. The amber color made a cocktail that was yellow, not the clear that you’d expect with a typical G&T. And there was no lime, an essential component, at least in my mind. At first sip, I realized this was an altogether different drink. And I loved it.

At the risk of overusing this term on the site, the big difference was it’s earthiness. There was more of a warmth present. It was still very refreshing but the overall feel was different. It was easy to drink slowly and really take in the mix of flavors. It also smelled amazing. With a typical G&T, the main smell is pungent lime; with this one, you smell the sweet, herbal syrup as you enjoy tastes of the same. It’s aromatic and relaxing. Just writing this I get a faint whiff of this tonic from memory (it’s 11AM, not quite cocktail hour in our household).

In the end, it would be hard for me to serve this as a gin and tonic for 2 reasons:

Bradley’s calls this mix a “Tonic and Gin” and I think that’s a much better description. The name is different enough that someone will take notice of the rearranged order of words, just like they’ll take notice of the rearranged flavors. Also, the tonic is the star here, not the gin. You’re not masking the gin – far from it – but the gin takes a backseat to the wonderful combination of herbs and spices present in Bradley’s. You want people to ask “what tonic are you using?” rather than “what gin is in this?”

As an aside, and a testament to it’s ability to stand alone, Kina works great with just seltzer and no gin. I eat with and serve a number of people who choose not to drink alcohol and serving Tonic and Gins makes it easy for everyone to enjoy “cocktail hour” together. Beer and wine make for great conversation topics but not if part of the group isn’t joining in.

Give this delicious combination a try and just see if you can go back to a happy hour G&T ever again. 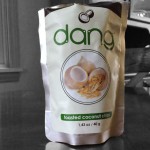 Make Coconut Chips at Home, Then Give Up and Buy Dang 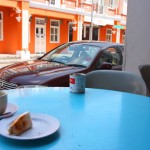 Singapore is a magical wonderland of food, architecture, color, culture, and food. And food. Oh the food.