Singapore is a magical wonderland of food, architecture, color, culture, and food. And food. Oh the food.

Because of its location, Singapore has a mix of authentic dishes from the best countries to have authentic dishes. India, China, Japan, Thailand, Malaysia, and Vietnam all populate the restaurants and food courts (not a bad thing here, in fact it’s heaven on earth for people who love good food) with spicy, savory, simple, and sweet dishes you’ve had and dishes you haven’t. I was truly blown away by both the variety and the quality here. 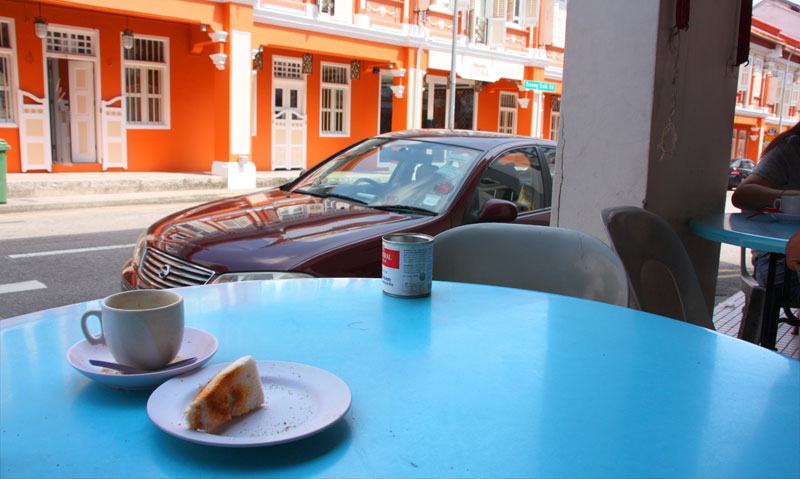 But I’m here to talk to you about one dish in particular. It’s probably the simplest thing I ate there and, hence, one of the easiest things to recreate. It’s called kopi and toast, or, more completely, kopi and kaya toast. It’s simply:

It’s definitely “a thing” in Singapore so, on my first trip there, I had to try it.

Like all simple things made well, it was delicious, satisfying, and left a mark. The photo above is where this memorable meal went down, in a small cafe several blocks from where we were staying in Chinatown. It was our last morning there and we had to make sure to get our fill.

We bought a couple of jars of kaya while we were there but found that eating it at home was, somehow, not the same. Just recently, though, I stumbled across a delicious-looking kaya on Amazon and was determined to recreate the consumption part of that morning.

The keys, at least in my memory, were three things:

I waffled on the bread for a bit. I was half-tempted to use just plain white bread as that was probably what we had in Singapore. In the end, we tried two different types of bread: a como loaf from Grand Central Bakery here in Seattle and a par-baked baguette from Manoucher in North York, Ontario.

I mentioned above that the bread was grilled rather than toasted. Our house is sorely lacking any kind of flame source besides a creme brulee torch and the gas furnace so we had to settled on the toaster. The grilled bread had a crispy shell but was, for the most part, soft so the jam didn’t squirt out of the back when bitten.

For anything that needs good butter, I always use grass-fed Kerrygold Irish butter. That sounds like a paid advertisement but it’s not; I’m head-over-heels for this butter. It’s not the absolute best I’ve ever had (that title belongs to a block of butter I had in Paris with little chunks of salt in it) but it’s excellent, particularly for the price point.

We make coffee at home with an Aeropress and great beans but the Singapore style is a little stronger so I needed to up the amount of coffee used. I also used some Blue Bottle Giant Steps beans, described as “viscous, fudgy, substantial.” 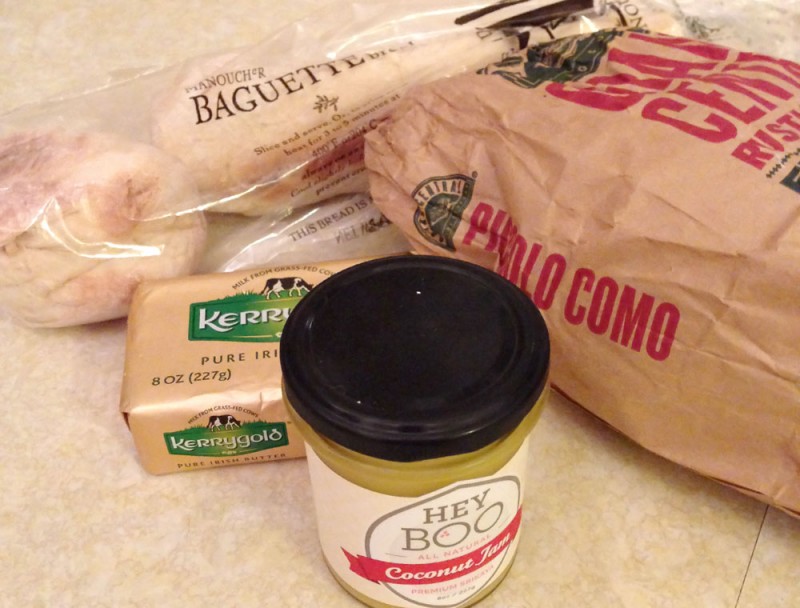 So, with the ingredients gathered, I went to work making a traditional Singapore breakfast for the family 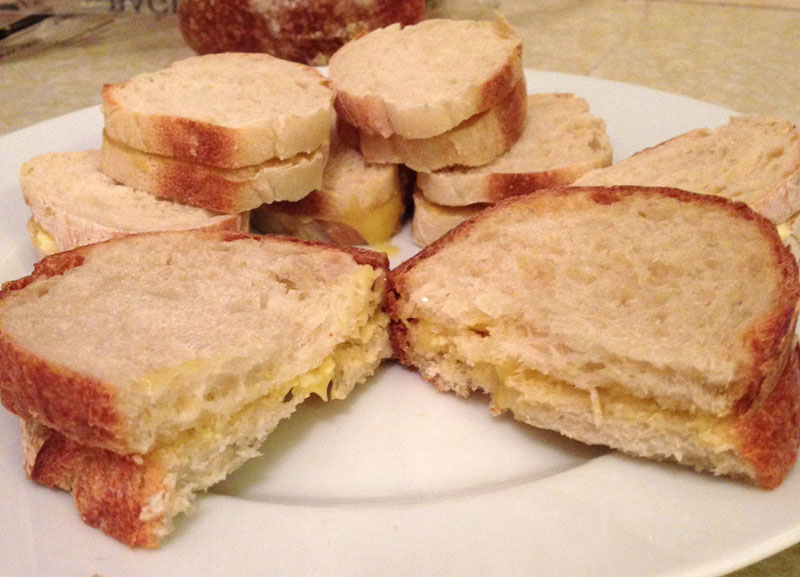 Nope, looks nothing like what we had. But that’s OK. It was fantastic.

This coconut jam is so rich and decadent, combined with the salted butter it’s heaven. It’s got a very “olfactory” taste, like orgeat has. Your nose seems to do more work to amplify the flavor than it usually does. It coats your tongue with sweet, delectable flavor and sinks into the bread, creating a very pleasant sponginess.

The jam is quite sweet but, somehow, not too sweet at all. Even after finishing several of these delicious little sandwiches, I still snuck a small spoonful of the jam from the open jar.

Both breads worked great but we all agreed that the baguette was the winner here. It imparted just enough bread flavor to enhance the rest of what was going on.

We brought home 2 jays of kaya jam directly from Singapore and, though we liked them both, they weren’t even in the same league as this stuff. It’s honestly one of the best things I’ve ever tasted. Perfect creamy consistency, perfect natural coconut flavor, perfect sugar level; this one can’t be beat.

Speaking to the “keys” I mentioned above, I’m convinced that the secret here is the unmelted butter encased in the kaya jam. The flavor of the two together was an incredible level of umami. I concentrated on the bread above but, after this experiment, I realized that the bread was really just the delivery mechanism and needs to get out of the way. I’d say any white bread will do but, again, the baguette was a great choice here.

The one thing I would do differently is the coffee. I really like this coffee but the strength is a little too much here. Because this combination is so rich and sweet, I would choose a lighter bean to go with it, maybe a Guatamala or a Columbia. The sweetness of the jam contrasted the bitterness of this coffee a little too much for my taste.

So, there you have it, a very easy-to-make Southeast Asian treat that you’d be hard-pressed to dislike. Pick up a jar of this stuff today and try it with your family; they’ll be glad you did. 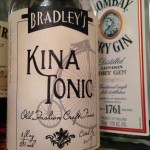 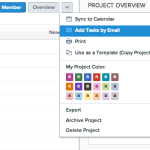 I recently needed feedback on a product I'm creating and wanted to figure out the easiest way to get feedback from contacts who were generous enough to give it. Maybe this will work for you too.