Spam: what is it? what does it do? why am I sending it? who cares?

I had an interesting conversation with a colleague recently about what constitutes spam email and how we could go about avoiding it. It’s safe to say that we had differing opinions about the matter and I think it’s worth talking about those differences. 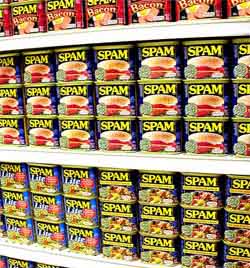 What is spam? My personal definition of email spam is this:

Unrequested crap in my inbox that wants my attention and has the intention of taking my money or time.

Spam is unrequested crap. Spam is an email that I receive because I signed up for a different list. Spam is email I can’t seem to stop that wants me to buy something. Spam is when organizations and charities and movements think they can make me passionate about an issue by constantly reminding me about it (see: Obama campaign and wildlife organizations). Spam is email I get that I don’t want, even if I’m aligned with the company or peolpe that are sending it.

That’s spam in my mind but there’s a similar definition that fights for mind space and clouds the issue.

Because of the well-meaning CAN-SPAM Act, spam is typically defined as illegal emails. Spam, according to the Act, uses “false or misleading header information,” contains “deceptive subject lines,” does not ” give recipients an opt-out method,” is not “identified as an advertisement,” and/or does not “include the sender’s valid physical postal address.” This means that companies are free and clear to send me as much email as they want as long as I know it’s an ad, I can trace it back to them, and I didn’t tell them explicitly to stop. That’s a start.

What the CAN-SPAM act does in theory is reduce the number of “well-meaning” commercial organizations sending out marketing emails. I’m sure this act reduced the email in my inbox which is very kind but not exactly what I’m getting at. What about companies that follow the rules but still irritate me and make me want to avoid what they’re selling? They won’t get in trouble but aren’t they going to lose a customer?

What about everything else that makes spam annoying? 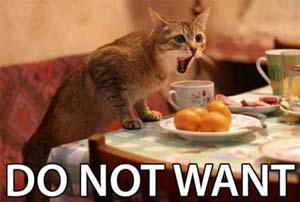 The disagreement I had revolved around what constitutes responsible emailing. My colleague is of the mindset that as long as we aren’t breaking the rules, risking litigation, or getting swear word replies, we’re doing the right thing. There’s no “No Email” list out there like the Federal “No Call” list right?

My point is that if you intend to send emails to people you think might want to buy your product, you should be making sure that you’re sending them out in the right way lest you get a hold of people like me who really hate getting emails they didn’t ask for. If there’s nothing telling you not to do something, is it always ok to still do it? It’s not illegal for me to give you the finger on the I-5 when you cut me off so does that means it’s always the right reaction?

Spamming lists of people does not constitute good marketing.

I asked a Christian that I respect very much a question about her faith one time. She said that people who do not believe Jesus died for them will, unfortunately go to hell. I asked her, what about people who have never heard of Jesus before they die? What about newborns? What about agnostics in Muslim countries? Or eskimos? She said that you’re given a free pass if you’ve never heard of him which I thought was a really nice thing.This, I can imagine, takes a little bit of stress off of people who feel compelled to spread the word. Imagine if you felt the guilt of millions of people going to hell because you never got around to telling them about Jesus? Yikes!

I propose the same thing for anyone doing any kind of marketing. If someone does not hear about your product, it doesn’t mean that you failed. Sending out 1,000 emails to people you’ve cultivated or purchased under the guide of “spreading the word” is an old tactic, a poor way of marketing, and just lazy.

To take it a step further, eating away at your brand by bothering people that may or may not fit your demographic is actually the opposite of marketing, you’re now working for your competitor. I promise you, companies that spam me don’t get my money and there’s two reasons for that:

If I don’t buy things from emails, how in the world do I hear about them? 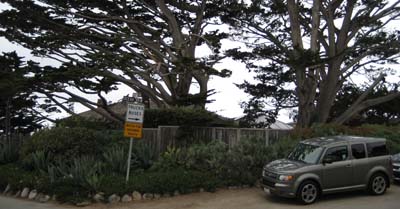 I’m not your average consumer…

…but does that really matter?

Plain and simple, spamming people with emails or coupons in the mail or phone calls or aggressive in-person marketing all does the same think: make a mark AGAINST your company. I might be in the minority that knows how to buy things but, guess what, I’m also the one that’s giving free advertisement to websites and companies that I like just because I’m compelled to do so. I have no problem with recommending someone to Newegg like I would have no problem recommending a friend to another friend to get something done.

You might think you’re reaching more potential consumers and winning by stuffing my multiple inboxes with crap and you might be able to justify it with phrases like “brand awareness” and “front of mind” and “positioning” (if you’re using that to justify spam, you’re unclear on the concept). The problem is, you’re also alienating the few and the vocal, like me. I’m going to talk your company down if you’re ever brought up, I’m going to convince people not to buy from you because I don’t like your tactics, and I’m going to blog about you to anyone who will read.

There’s a fine line between being persistent and being annoying.

Forget the PUSH, create the PULL.

I’m going to share with you how I work. This method would/will drive certain people nuts. This method is not foolproof but none of them are.

I've been thinking about my past as a student and how far I’ve come as a person. I wanted to share a bit about what I’ve learned as the oldest dude in my graduating class (except that other guy).