I think I’ve found my calling: exchanging ideas and talking them through. What’s that pay nowadays?

I always like sharing my interactions with people here on my blog. Partly because it adds a really human side to my business and shows prospective clients that I’m more than just an email address. The main reason, though, is it creates a much deeper understanding for me when I write it all out and re-experience the conversation. Like many, I need to iterate to understand and it’s easy for me to forget an important insight I came across while interacting with someone else if I don’t work it through after the fact. 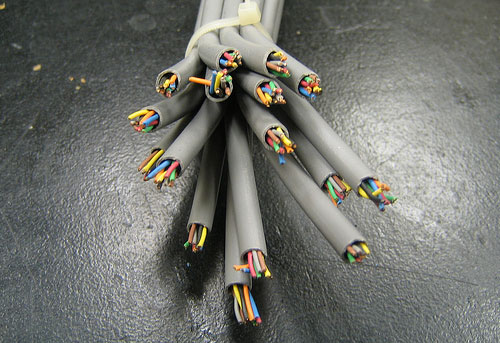 So, this is a “conversation” I had with someone about networking. By conversation I mean it was a transcript of a monologue on his side and an email reply on mine. Quotes are, for the most part, complete and without editing.

With all this networking going on by different business owners you would think we’d all be highly successful. The truth is I don’t think networking works at all, and if and when it does, it is in very few circumstances.

I think traditional networking, exchanging cards at dinner, etc, is dead and not likely to come back unless we just call it socializing rather than essential for business. “Networking” in a bigger sense, however, has really combined with marketing and branding to become “interaction” (if we can even ascribe words to the awesome social stuff that is going on right now). Take Southwest Air for an example. Look at their twitter: . Do you see all those messages that start with “@?” That’s directed at someone on Twitter, one person. They are marketing their product, talking directly to people, and creating a consistent and fun environment. Are they networking? Are they marketing? Are they branding? All of the above… they’re interacting. Grey areas abound!

The reason I say that has to do with an observation that came to me. I’ve always wondered why most businesses with ideas that a good or bad always seem to [get to a] certain level and stay there. I surmise that this is because of the business owners network of people that he knows directly or indirectly. His business can only grow as large as his network.

That’s disturbing to me but it makes sense and fits into my experience. It seems like so many companies are willing to stay frozen in one spot, repeating the same mistakes, and chasing after the same customers. Zero innovation, zero real experimentation, zero perceived risk, and, consequently, zero or negative growth. Certainly not the rule but easy to identify when it’s going on.

Under most circumstances, networking is highly inefficient, time consuming, and the return for input is miserable if not totally useless. Over the last four years, I can remember two people that referred more than two clients to me over that period. One of them was an attorney that I had never met. The other is a woman who owns a catering service and is really into networking. But that’s it for me.

I can say at least half of my business now has come through interaction through twitter or person-to-person email. I have great word-of-mouth, a big virtual network, and people who know me as the go-to guy. Did I network to get them? I’m not sure but I certainly didn’t advertise (in the traditional sense) or market (again, traditionally). I’m branded as Josh Can Help and I answer every question people send me through Twitter or otherwise. Interaction.

The only way to gain scale for a business is to have a method to get it out to a lot of people that you’d don’t know. It used to be mass mailing and now it’s the Internet. But with as many eyes and ears that can be reached by the Internet people still do not use it effectively because of a lack of understanding, the time involved, and the expense. That sounds like me.

Absolutely but the rules have changed and change again almost daily. Marketing isn’t one-way anymore just like media isn’t one way anymore (think the decline of TV and newspapers lately). Now, the key is to get yourself into the hands of the early adopters, the bloggers, the twitterati, the people who tell people. Bring them a phenomenal product and ask for their honest opinion and you’re golden. The bar is raised, however. Now you actually have to have something great. Apple makes great products but they’ve only seen their incredible growth and market share grab recently (last 5+ years) since people have become so vocal about the products they use and enjoy. You can’t ignore millions of screaming fans whether it’s music or technology.

Let’s take about all that. Individuals will do with the most comfortable with over and over again even if it doesn’t result in the objective they seek. We want to be comfortable not successful. Being successful requires thinking and acting outside of the box. That requires change that requires uncomfortable, unknown circumstances.

I want to be comfortable and successful. What then? :)

People will do the most comfortable thing, that’s totally true. I think the key to success these days is looking for something that doesn’t work well and then looking for the rules to break to make it work better. That’s what I’ve been thinking about lately, hence the iteration thing above. What if you could predict the outcome of an iterative process? What if your iterations were massive improvements each time? I think Google is the best example of this. They know SO FREAKING MUCH about how people use online tools that they can’t help but to put out incredible products all the time (this is IMHO). I’m hard pressed to think of software I pay for that works as well as free Google stuff. I couldn’t have a better email program, calendar, document sharing, chat program, web site analytics… each new product is a giant iteration on their last amazing product.

Now I bet the networker spends more time and more money than he ever would for a simple website that is simply targeted to what that networker is trying to sell. Networking is an ongoing highly ineffective use of resources for a value that has an unjustifiable net present value!

Hence, I say, that networking is a total waste of time. And going into next year, 2010, I expect to do little if any of it from here on out.

Traditional networking is lame now only because it lacks focus. Now, you can interact with exactly the people you want to exactly how and when you want to do it. The barrier to entry is low, time taken is low, and, since you can read about someone on-line, you choose to interact only with the people you think are going to bring the most value (in whatever terms you define).

I threw the question out on Twitter (“Networking is dead… what say you?”) and got a great perspective from David McKendrick, owner of Fused Network.

Resulted in me being a half-millionaire. //shrugs.

Least on paper. :D But really, networking is everything.

The ROI of word of mouth is limitless. Problem is it can bite back in the same way.

And really, it’s a better way to spend time than IM & facebook ;)

Sure, but ‘traditional’ is dead. Again, what we’re doing now is networking. Here, now, twitter.

Life isn’t about making money. Nor should that be the sole reason to meet people, that’d be a boring life.

Me on the beach has more ROI than handing someone a business card.

The problem with traditional channels is there’s too much time spent moving. Instant, scalable and doesn’t interrupt life.

What do you think about this whole thing? Do you attend events? Is it productive?

Create a simple website with the Google Docs CMS

In attempt to solve one problem, I figured out a way to easily publish and manage data on the web by using a simple Google Documents spreadsheet.